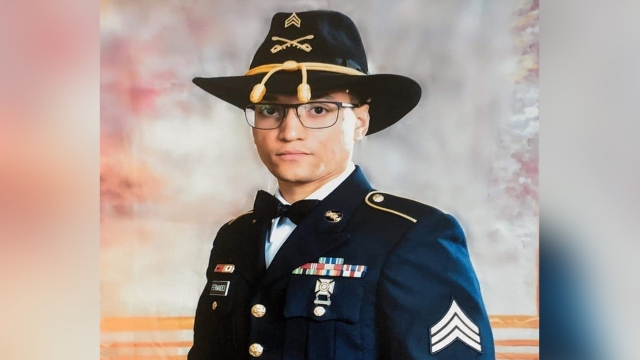 The body of Sgt. Elder Fernandes has been found after he was reported missing from Fort Hood over a week ago.

Fernandes was last seen at his home in Killen, Texas. Recently the 23-year-old had reported “unwanted sexual contact” to his chain of command. During the investigation into his claims, Fernandes asked to be transferred to another unit. According to the family’s attorney, Fernandes was groped and then retaliated against after reporting the incident. He went missing shortly after transferring commands.

Yeah, they're leaving all these soldiers behind. Yeah, all those soldiers are putting their lives on the line and for what," Mayra Guillen, Vanessa Guillen’s Sister said during a press conference.

Secretary of the Army Ryan McCarthy said Fort Hood has the highest cases for “sexual assault and harassment murders for our entire formation of the U.S. Army,” during a visit on Fort Hood early August.  More than seven soldiers have either gone missing, were murdered or died in mysterious circumstances since the beginning of this year…including Sgt. Vanessa Guillen and Private Mehjor Morta.

The attorney for the families of Guillen and Fernandes says the way his body was found was gruesome. We are still waiting details on his cause of death.  Terace Garnier. Newsy. Maryland.