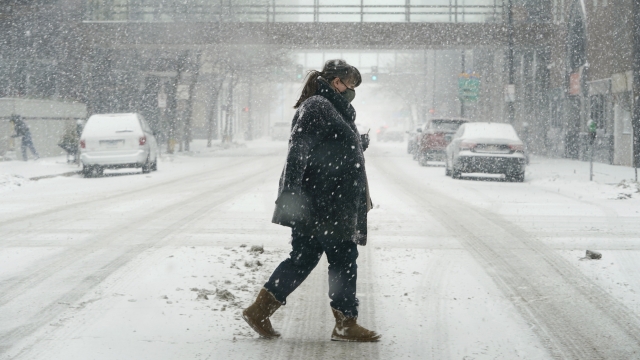 SMS
Severe Weather Sweeps Through Different Parts Of The Country
By Newsy Staff
By Newsy Staff
January 26, 2021
At least one person was killed and others critically injured in Alabama tornado, while Phoenix got a dusting of snow.
SHOW TRANSCRIPT

A tornado tore through Fultondale, Alabama near Birmingham overnight.

At least one person was killed and several were critically injured. The storm damaged buildings and knocked down trees and power lines.

Winter weather has also been hitting the Midwest and even the Southwest.

You don't see this every day – snow in Phoenix. Much of that has turned to rain now, but there is a winter storm warning for higher-elevation areas in Arizona.

Meanwhile, snow is falling in the Midwest. Some states got more than a foot with more snowfall expected through today.