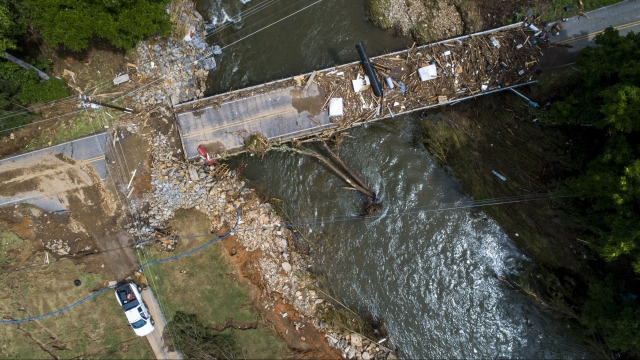 A fast-moving grassfire burned through a mobile home community near Sacramento, California on Wednesday. Emergency officials ordered residents to evacuate.

Winds of 30 miles per hour drove the fire's flames.

Fire crews dropped water and retardant from helicopters and air tankers on the neighborhood in an attempt to save homes. Most of the mobile homes were destroyed.

Near the California-Nevada border, the Caldor fire forced thousands of people to evacuate. The fire doubled in size to more than 84 square miles.The fire burned through the small town of Grizzly Flats on Tuesday destroying homes, cars and the community’s church.

Chris Sheean and his wife had just purchased their first home two months ago.

California officials warned residents the wildfires are doing more damage than ever before. The country’s largest fire, the Dixie fire, has set records during its monthlong burn.

"We are seeing generational destruction of forests because of what these fires are doing," said Thom Porter, Director of the California Department of Forestry and Fire Protection.

Fire officials explained they cannot get the upper hand on the fires due to the weather conditions, the drought and staffing.

There are more than 25,000 firefighters and emergency responders fighting the 104 large fires burning across the western United States. So far this year, the fires have burned 4.4 million acres.

In previous years, firefighters from foreign countries would travel to California to help battle the fires. This year, many of those countries cannot send firefighters because they are battling their own fires. Additionally, COVID-19 protocols have limited international assistance.

In the eastern United States, emergency officials are dealing with too much water. Flash flooding due to heavy rains dumped by the tropical system Fred caused problems throughout North Carolina.

"We have been searching abandoned vehicles, homes, buildings for survivors, and will continue to search," said Sheriff Greg Christopher of the Haywood County Sheriff's Office. Rescue crews have checked the shoreline along the Pigeon River near Winston-Salem for flood victims.