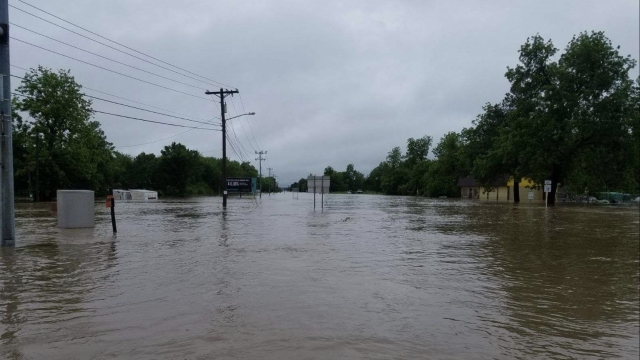 Tuesday marked the fifth consecutive day of severe weather in the region.

Dozens of tornadoes touched down in the central U.S. on Tuesday — marking the fifth consecutive day of severe weather in the region.

According to the National Oceanic and Atmospheric Administration's Storm Prediction Center, more than 130 twisters have been reported since Friday.

The severe storms reportedly dropped more than 3 inches of rain in parts of Kansas, Missouri and Oklahoma Tuesday. The widespread flooding in Oklahoma has already prompted officials to shut down roads and forced people out of their homes.

The Missouri State Highway Patrol reportedly believes the heavy rain in the state contributed to the deaths of two people who died in a vehicular accident Tuesday.

A CNN meteorologist reports roughly 28 million people in the central U.S. could see severe weather on Wednesday as the storms move northeastward.