Severe Weather Brings Tornadoes, Flooding To Parts Of US 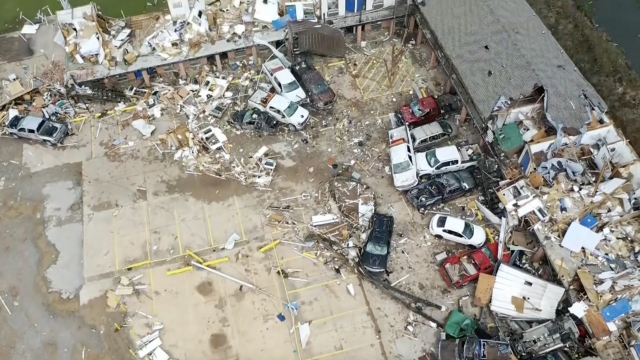 Severe storms have brought tornadoes, flooding and extensive damage to many parts of the U.S., and it's not looking like Mother Nature's going to let up anytime soon.

Over a dozen people have died as a result of severe weather recently.

Tornadoes have torn through the Midwest, wreaking havoc in several states. As of Tuesday morning, the National Weather Service's Storm Prediction Center listed 60 reported tornadoes from Idaho to Ohio. Reports said homes were damaged in Iowa, trees were downed in Minnesota and Ohio and thousands of people were without power, just to give a few examples.

Floodwaters are also threatening communities across the country. The Arkansas River continues to rise and is expected to reach record levels this week, causing potentially historic flooding and threatening homes and businesses in Arkansas, Oklahoma, Kansas and Missouri. Arkansas' governor approved $100,000 in emergency funds for flood response Sunday.