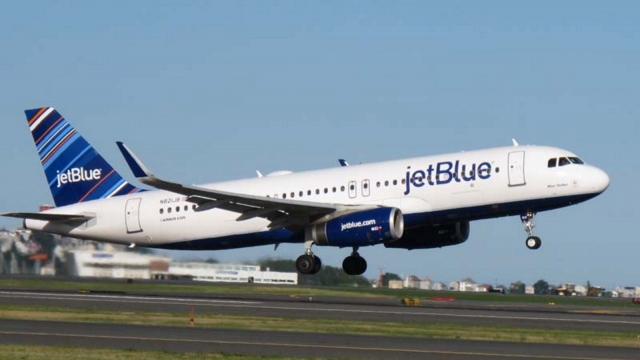 At least 24 people have been hospitalized after severe turbulence rocked a JetBlue plane Thursday evening.

"And then all of a sudden, there was quite a big shake, and then right after that, there was a drop," a passenger on the flight told KELO.

The plane was reportedly forced to make an unexpected landing when it encountered severe weather on its route from Boston to Sacremento.

SEE MORE: These Are The Airlines That Customers Hate The Least

Reports also say laptops and other objects flew throughout the cabin. One passenger said a woman rose at least 2 feet in the air because she wasn't wearing a seat belt.

After the emergency landing, one Instagram user said police in Rapid City brought out coloring books and crayons for children who were on the flight.

All passengers were treated for minor injuries and released from the hospital around 3:30 a.m. local time.

This video includes images from JetBlue and Jeffrey Beall.