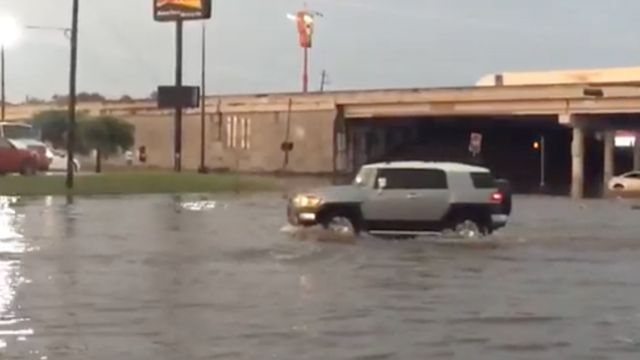 At least six people have been killed from the severe floods in Texas. Four bodies were found in Washington County, which is between Houston and Austin. Two others were found in Travis County near Austin.

Officials suspect one of the bodies found in Travis County might be one of the people missing because of the flooding in the Lone Star State.

So far, two towns near Houston have issued mandatory evacuations, largely because of the high waters of the Brazos River, which is expected to reach a record level of 53 feet by Tuesday.

In other areas, authorities issued mandatory evacuations in subdivisions for residents who were in danger.

Two prisons near the Brazos River were also forced to evacuate amid dangerous flooding. As many as 2,600 inmates are being transferred to other prisons in the state.

This video includes clips from Stringr, The Weather Channel, KPRC, KHOU and Newsfix.