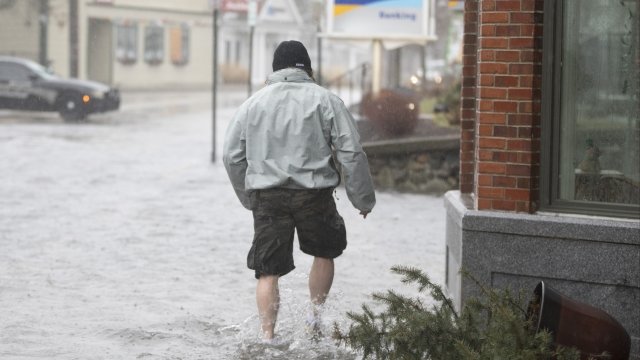 Hurricane-force winds, severe flooding and some snow are hitting areas of the East Coast as part of a powerful nor'easter that's morphed into a "bomb cyclone." This happens when there's a steep drop in atmospheric pressure.

About 80 million people in the U.S. are in the storm's path, which is visible from space.

As of Friday afternoon, the storm caused nearly 170,000 power outages throughout Massachusetts, and by Friday night it could cause tides to reach above 15 feet in Boston Harbor.

It's also caused airlines to cancel more than 3,200 domestic flights so far.

Meteorologists say the storm is moving slowly and its effects, like flooding, will stick around for days.