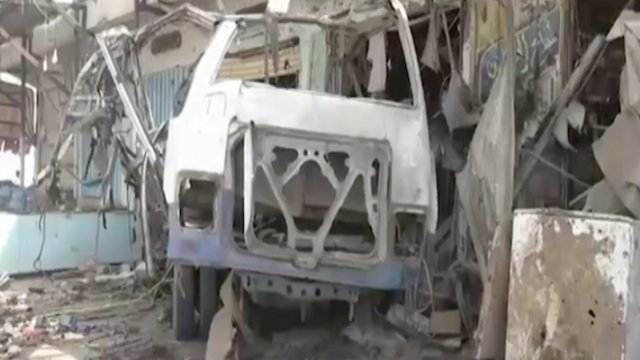 An airstrike by the Saudi-led coalition killed around 50 people in Yemen on Thursday. Many of those killed and wounded were children.

Images from the attack show a bombed bus in a Yemeni market; the International Committee of the Red Cross reported 29 children under 15 years old were killed.

Saudi Arabia has led the fight against Houthi rebels in Yemen since 2015. A Saudi spokesman for the coalition said the strike hit a "legitimate target." The kingdom's state-run news agency reported the coalition had targeted missile launchers used to attack a southern Saudi city.

The ongoing conflict has killed nearly 10,000 people, two-thirds of whom were civilians. It has also pushed Yemen to the brink of famine. The United Nations has described the conflict as one of the world's worst humanitarian crises.