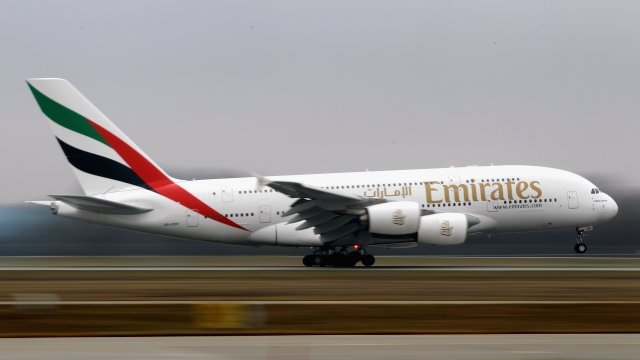 An Emirates Airline flight from Dubai to New York was quarantined on the JFK Airport tarmac after around 100 people complained of feeling sick.

The Centers for Disease Control and Prevention arrived on-scene to assess the situation. Symptoms people were experiencing reportedly included fever, vomiting and coughing. It's not clear what the cause of the illness was, but the flu has been referenced in media reports as a possible culprit.

Nineteen people were deemed sick by officials, according to a spokesperson for New York City Mayor Bill de Blasio. Of those 19 people, nine refused medical treatment. Ten, including seven passengers and three crew members, were taken to an area hospital, according to the airline.

The incident happened on an Airbus A380, the largest commercial passenger plane in the world. More than 500 people were reportedly on board the flight.