De Blasio: Manhattan Vehicle Collision 'Was An Act Of Terror' 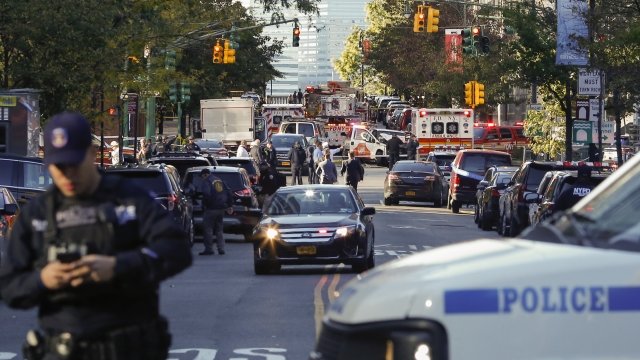 A vehicle collision in Manhattan has reportedly left at least eight people dead and 11 others injured. One person has been taken into custody, and the incident is being investigated as a terror attack.

"This was an act of terror, and a particularly cowardly act of terror aimed at innocent civilians," New York City Mayor Bill de Blasio said during a press conference.

Following the incident, the city is expected to increase police forces and security resources.

Around 3:05 p.m. local time, the suspect reportedly drove onto the West Side Highway bike path, colliding with civilians as well as a school bus. The New York City Police Department later reported the suspect is a 29-year-old male who was driving a rented Home Depot truck.

A paintball gun and pellet gun were recovered from the scene.

At the scene of the crime, onlookers reportedly found "mangled bicycles," wrecked vehicles and people lying on the ground.

The NYPD and FBI are investigating the incident, and people have been advised to avoid the area.