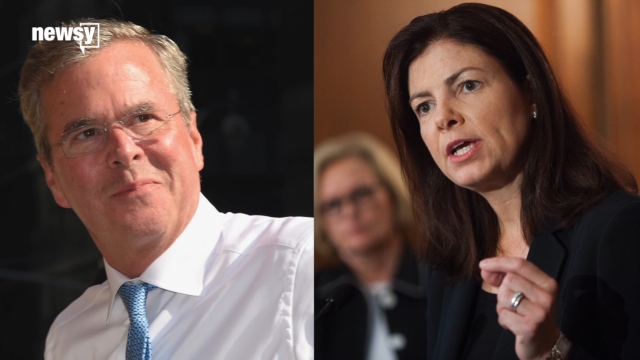 According to CNN, several Republican lawmakers are planning on skipping the Republican National Convention this summer.

According to a report from CNN out Tuesday, many high-profile Republicans feel "it makes more sense to spend time with voters back home rather than be associated with the drama engulfing their party."

Both former Florida Gov. Jeb Bush and New Hampshire Sen. Kelly Ayotte told the outlet they do not intend to attend the convention in Cleveland.

And North Carolina Sen. Richard Burr said he's considering skipping the convention to campaign in his own district instead. He told CNN, "I’m more valuable outside of Cleveland than inside of Cleveland."

CNN's report comes just a few weeks after Republican presidential front-runner Donald Trump warned "riots" could break out at the convention if he doesn't clinch the nomination.

This video includes clips from Senate Republicans and Donald J. Trump for President, Inc. and images from Getty Images.