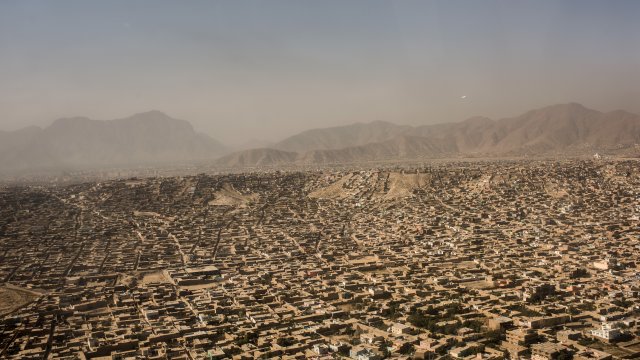 SMS
Several Dead After Taliban Bombing In Afghanistan
By Alec Larson
By Alec Larson
August 7, 2019
​A Taliban truck bomb detonated near a police station on Wednesday, killing over a dozen people and wounding roughly 145.
SHOW TRANSCRIPT

A Taliban truck bomb detonated near a police station in Kabul, Afghanistan, on Wednesday, killing 14 people and wounding around 145.

The Taliban has claimed responsibility for the bombing. Two attackers were reportedly killed.

The attack occurred as American diplomats are working on an agreement with the Taliban. The hope is that those talks could create a path to negotiations between the Taliban and the Afghan government over the country's political future.

Zalmay Khalilzad, who's leading up the U.S.' peace efforts in Afghanistan, condemned the attack in a tweet. He wrote, "Indiscriminate attacks and intentional Injury to civilians are never warranted."