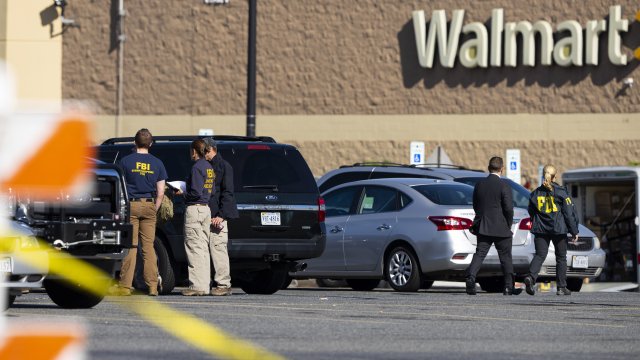 SMS
7 Dead, Including Gunman, In Virginia Walmart Shooting
By Jamal Andress
By Jamal Andress
November 23, 2022
The gunman, identified as an employee at the Walmart location, opened fire in the employee break room.

The country’s second high-profile mass shooting in less than a week left six people dead inside a Walmart in Chesapeake, Virginia.

The gunman, identified as an employee at the Walmart location, opened fire in the employee break room.

With so many people shopping for Thanksgiving, the Walmart was busy with customers — customers are shaken by latest mass shooting.

The Walmart shooting comes just three days after, an attacker walked into a gay bar in Colorado Springs and opened fire, killing 5 people and injuring 17.

The suspect in that shooting faces murder and hate crime charges.

The shootings in Virginia and Colorado Springs come in the midst of a particularly deadly year for gun violence.

The US has endured 40 mass killings in 2022 so far — a mass killing defined as being at least 4 people killed in the same incident, not including the killer.