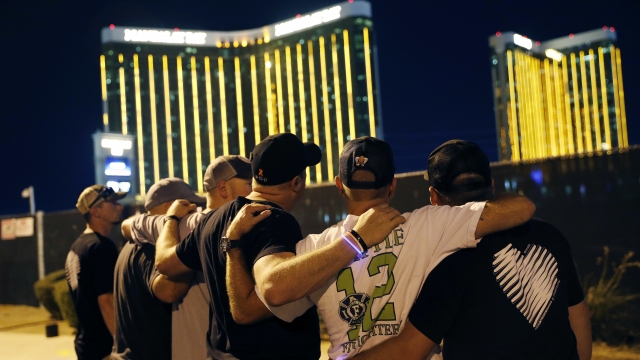 SMS
$800 Million Settlement Approved For Las Vegas Shooting Victims
By Newsy Staff
By Newsy Staff
October 1, 2020
A gunman killed 58 people and injured more than 850 when he opened fire at an outdoor concert in 2017.
SHOW TRANSCRIPT

Victims and relatives of the Las Vegas shooting that happened at an outdoor music festival in 2017 will receive a share of an $800 million settlement. A court approved the settlement Wednesday.

The payout from MGM Resorts International covers more than 4,400 people.

Some 22,000 people were estimated to be at the festival when a gunman fired military-style weapons into the crowd from a window on the 32nd floor of the Mandalay Bay.

The gunman killed 58 people and injured more than 850 others.

As part of the deal, MGM did not acknowledge liability. MGM will pay $49 million of the settlement, while its insurance companies will pay the rest.

Additional reporting by Ken Ritter of the Associated Press