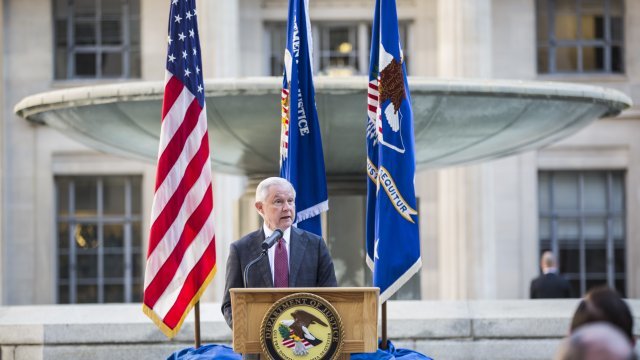 Attorney General Jeff Sessions will send a Justice Department lawyer to aid in the prosecution of a man charged with killing an Iowa teen.

Attorney General Jeff Sessions will send a Justice Department lawyer to aid in the prosecution of a man charged with killing an Iowa teen. This move shocked many as Sessions has rescinded pro-transgender policies since taking over the department. Experts say this decision is based more in anti-violence than pro-transgender rights.

U.S. Attorney General Jeff Sessions claims he wants to push a '90s "tough-on-crime" program called Project Exile across the U.S. — but what is it?