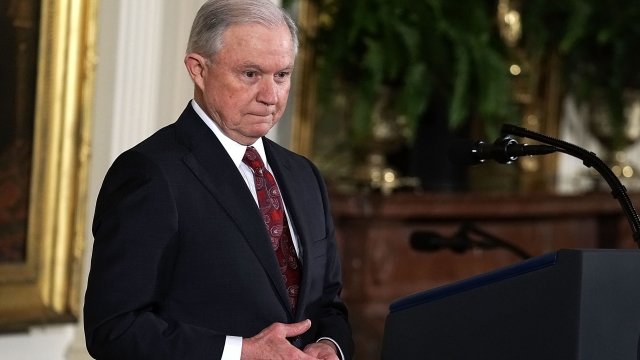 Attorney General Jeff Sessions said the Justice Department didn't have the resources to go after small-time marijuana cases, despite his hard-line views against pot.

Sessions said federal prosecutors haven't historically focused on "routine cases" involving cannabis and that that's not about to change.

Sessions gave the expanding legal marijuana industry a scare in January when he rescinded what's known as the Cole memo, an Obama-era guidance that says federal prosecutors would take a more hands-off approach on many marijuana cases in states where the drug is legal.

He said the department would focus on gangs and other large-scale drug operations. But he reinforced his opposition to legal weed, saying, "I am not going to tell Colorado or California or someone else that possession of marijuana is legal under United States law."