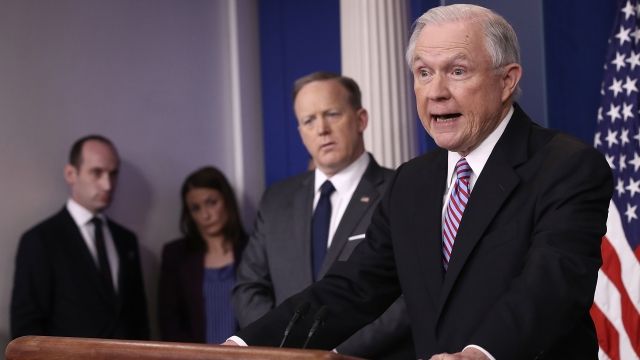 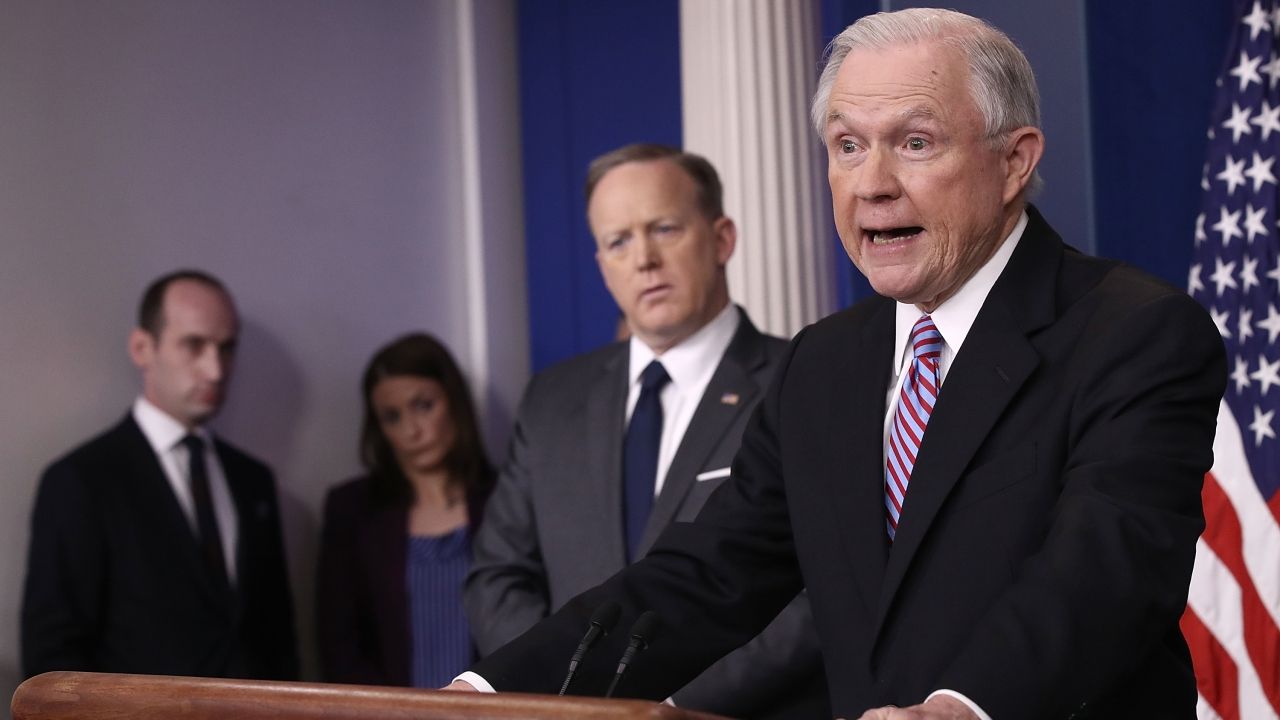 By Jake Jones
By Jake Jones
March 27, 2017
Attorney General Jeff Sessions says the DOJ will target sanctuary jurisdictions by withholding or even cutting grants and other federal funding.

"The Department of Justice has a duty to enforce our nation's laws, including our immigration laws," Attorney General Jeff Sessions told reporters. "Failure to deport aliens who are convicted of criminal offenses puts whole communities at risk. Failure to remedy violations could result in withholding grants, termination of grants and disbarment or ineligibility from future grants."

Sessions said Monday the Justice Department would expand the Obama-era policy of denying funds to sanctuary cities. And he said new measures could be coming, thanks to an executive order President Donald Trump signed back on Jan. 25.

President Trump's order says so-called sanctuary jurisdictions — cities, states or counties that don't cooperate with the federal government on immigration enforcement — should not receive any funding that's not already mandated by law.

The executive order also says an undocumented immigrant can be deported for, among other things, "acts that constitute a chargeable criminal offense" without a trial or conviction.

Some sanctuary jurisdictions, such as New York City, have signaled loud opposition to the Trump administration's crackdown. The city received about 10% of its 2015 budget from federal government grants.

Correction: A previous version of this story used "sanctuary cities" when it should have said "sanctuary jurisdictions." This version has been updated.