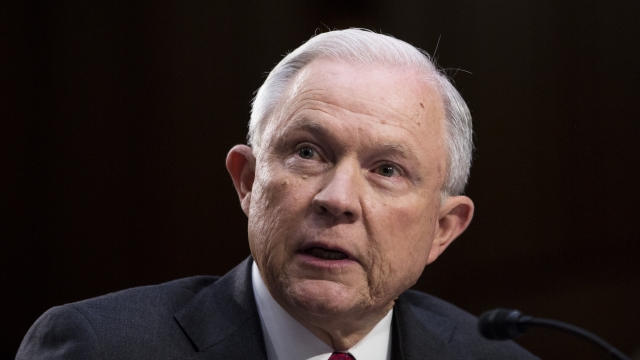 SMS
Senators Accuse Sessions Of 'Stonewalling' On Russia Inquiry
By Grant Suneson
By Grant Suneson
June 13, 2017
Jeff Sessions cited precedent when refusing to answer questions about the Russia inquiry, though the rule may not actually exist.
SHOW TRANSCRIPT

Attorney General Jeff Sessions declined to answer a lot of questions during his open Senate testimony about the Russia investigation. That upset some Democratic senators who said he has no reason to avoid giving answers.

"Americans don't want to hear that answers to relevant questions are privileged and off-limits," Sen. Ron Wyden said at the hearing.

"I am not stonewalling. I am following the historic policies of the Department of Justice," Sessions said. 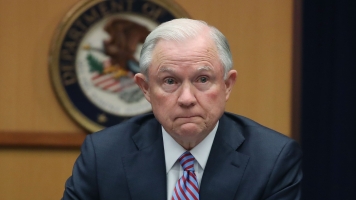 Jeff Sessions Might Have Met With Russian Official A Third Time

But when pressed to cite a specific policy, Sessions couldn't name one.

"Is that policy in writing somewhere?" Sen. Kamala Harris asked.

"I think so," Sessions replied.

"So did you not consult it before you came before this committee?" Harris asked.

There are somewhat nebulous rules about this. The president does have the right to shield communications with administration staff. It's unclear if Sessions has the right to reserve that privilege before the president requests it.

Sessions cited the unnamed policy to deflect questions about how President Trump dealt with the Russia inquiry and the firing of FBI Director James Comey. Members of the committee said Sessions was impeding the investigation.