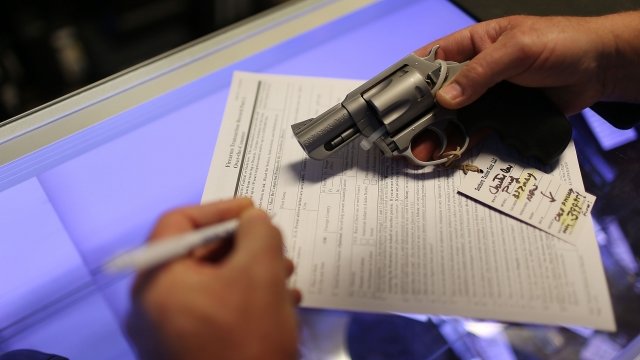 SMS
Sessions Orders Review Of Gun Background Check System
By Briana Koeneman
By Briana Koeneman
November 24, 2017
In a memo, Attorney General Jeff Sessions ordered the FBI and the ATF to carry out a "comprehensive review" of the system.
SHOW TRANSCRIPT

In a memo released Wednesday, Sessions ordered the FBI and the Bureau of Alcohol, Tobacco, Firearms and Explosives to carry out a "comprehensive review" of the National Instant Criminal Background Check System, also known as the NICS.

Sessions cited the recent shooting in Sutherland Springs, Texas, as a reason for the review.

On Nov. 5, a former U.S. Air Force airman opened fire at a Baptist church, leaving 26 people dead and 20 others injured.

According to the Air Force, the shooter was able to purchase a gun because the service failed to report his general court-martial for domestic violence. 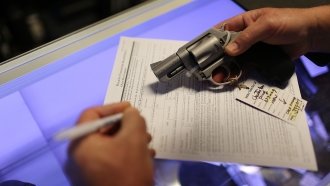 Sessions called the situation "alarming" and "unacceptable," adding he ordered the review so the government can take steps to "ensure that those who are prohibited from purchasing firearms are prevented from doing so."

But some critics say the move won't be enough to make a difference.

The president of Everytown for Gun Safety, a gun control and safety group, told Newsweek, "Make no mistake: This is no replacement for congressional action."

Sessions requested the FBI and ATF have a review report ready in 60 days.