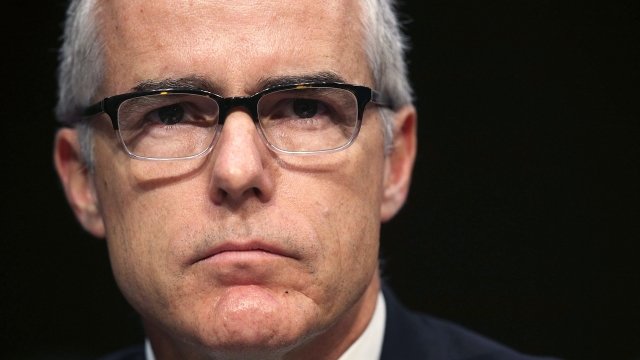 If McCabe would've been allowed to retire on Sunday, he would've received a pension for more than two decades of work for the bureau.

But he drew constant criticism from President Donald Trump during his brief time leading the FBI following the firing of James Comey. An internal report recommended McCabe be fired after the Justice Department accused him of misleading investigators about his decision to authorize FBI officials to speak to the media about a Clinton Foundation investigation.