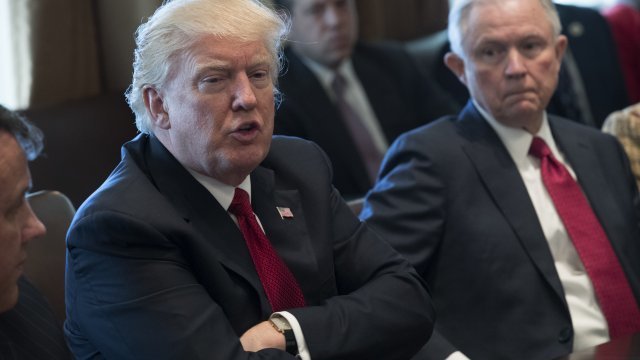 "But he had a different attorney general ... we have somebody that they seem to like to go after Republicans," Trump said.

Trump frequently tweets criticism of his own AG, and those comments are often linked to the special counsel's investigation.

But in an interview with Fox News that aired Thursday morning, Trump went after Sessions again and took a more sweeping aim at the Department of Justice as a whole.

Rumors that Trump might fire Sessions have been around for more than a year, and now new reports indicate Trump might try to do just that after the midterm elections.

The attorney general responded to the president's comments and defended himself and his department.