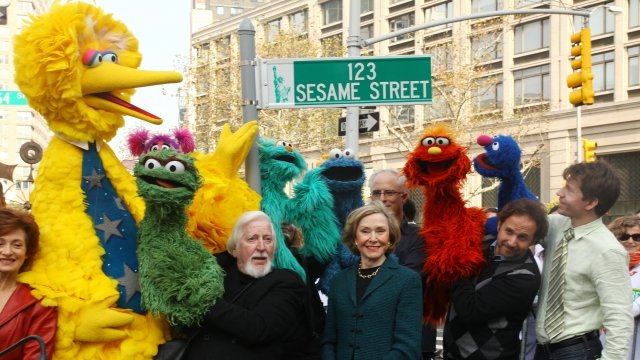 SMS
Caroll Spinney, The Original Big Bird Of 'Sesame Street,' Has Died
By Katie Cammarata
By Katie Cammarata
December 8, 2019
The Sesame Workshop says Spinney died in his home after living with dystonia for some time. He was 85.
SHOW TRANSCRIPT

Longtime "Sesame Street" puppeteer Caroll Spinney has died. He was 85.

The Sesame Workshop said in a statement he died in his home in Connecticut. He had lived with dystonia, a neurological movement disorder, for some time.

Spinney was a part of "Sesame Street" for 50 years. He was best known for playing the giant yellow Big Bird and Oscar the Grouch. *nat pop* In 2015, he stopped doing the puppeteering for Big Bird because of physical constraints.

In October 2018, Spinney announced he was retiring. At the time, a "Sesame Street" spokeswoman told The New York Times that Spinney had most likely appeared in thousands of episodes.

Spinney is survived by his wife, children and grandchildren.