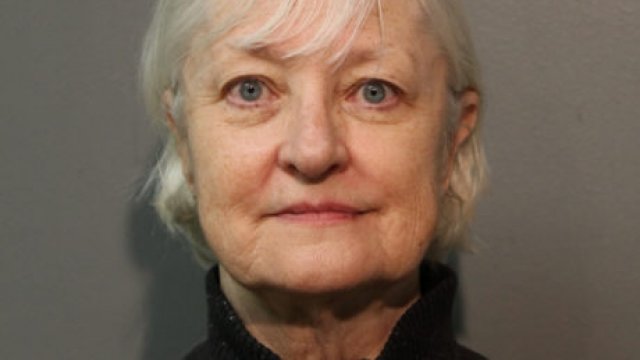 66-year-old Marilyn Hartman has been arrested again for sneaking onto planes without a ticket or passport. Her earliest attempt was in 2014.

Police apprehended "serial stowaway" Marilyn Hartman sneaking onto a flight without a ticket or a passport earlier this month. According to the Chicago Tribune, Hartman says she "may have" boarded eight flights without a ticket in the past.

In a 2014 interview, Hartman said: Why has the government allowed me to get through the secure lines? I'm unable to do that by myself without a boarding pass."

At the start of this year, she boarded an international flight to London from Chicago without a passport or a $2,400 plane ticket.

Prosecutors said she walked past British Airways agents and a Customs and Border Protection officer and got on the plane. Her plans were foiled when she arrived in London and didn't produce a passport. So they flew her back to the states, and authorities slapped her with felony theft and misdemeanor criminal trespass charges. Two weeks later, she was caught again inside Chicago's O'Hare International Airport again.

Several major airlines told customers Thursday they can expect additional security measures before boarding all international flights to the U.S.

Despite high airport security since 9/11, news sources say Hartman managed to bypass Transportation Security Administration agents by sneaking in with groups of passengers, crouching under rope barriers and using other people's boarding passes. The TSA is currently investigating and said in a statement:

"During the initial investigation it was determined that the passenger was screened at the security checkpoint before boarding a flight. Upon learning of the incident, TSA and its aviation partners took immediate action to review security practices throughout the airport."

A few of Hartman's exploits include taking a flight from San Jose, California, to Los Angeles in 2014 and flying from Minnesota to Florida in 2015. It's not clear why she does this, but the Chicago Sun-Times quoted 66-year-old Hartman as saying: "I'm an old white lady. Nobody stops me."

Journalist Joe Eskenazi, who has covered Hartman extensively, believes she may have a mental illness and says "gaps" in the justice system may allow people like Hartman the opportunity to repeatedly commit crimes.

On NPR, Eskenazi said: "The justice system and the mental health system have shown a great deal of leniency to Marilyn Hartman. She is again and again released to her own recognizance. Again and again, she's put into halfway houses or other homeless programs. And she doesn't like it there, and that is understandable. And she leaves."

Hartman is set to receive psychiatric evaluation, and she is currently in Cook County Jail awaiting arraignment.