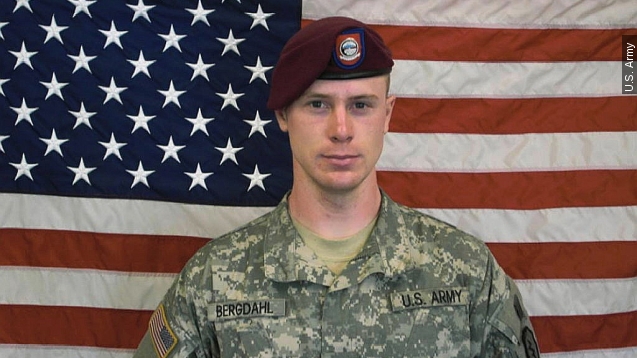 SMS
'Serial' Returns With An Investigation Into The Bowe Bergdahl Case

By Ben Lawson
December 10, 2015
Season two of the podcast digs into one of the biggest ongoing controversies in the U.S.
SHOW TRANSCRIPT

The second season of "Serial" is finally here.

This time around, producer Sarah Koenig and company aren't focusing on an unknown tragedy from more than a decade ago but instead the highly controversial, ongoing Bowe Bergdahl case. (Video via The Taliban)

Bergdahl was a U.S. soldier held in captivity by the Taliban for years. President Barack Obama's decision to secure his release by exchanging five Taliban members held at Guantanamo Bay detention camp has come under a lot of scrutiny. (Video via The Guardian)

Bergdahl is currently being court-martialed for desertion, and in this season, "Serial" will examine what led him to leave his post before he was captured.

Speaking anonymously to Maxim, one of the men who served with Bergdahl said, "'Serial' is trying to make a nifty diorama for hipsters to marvel at, but I think it's the height of crassness for them to do this when it could potentially affect the legal proceedings."

Koenig and her team have tried to keep the investigation low-key until the podcast went live, but that hasn't stopped the media from speculating about her project like it's the next Marvel film. (Video via Comedy Central / 'The Colbert Report')

A response to a media request for comment read, "We'd very much appreciate if fellow journalists would give us some room ... especially since we're actively reporting stories, and having a bunch of wild speculation out there makes our job reporting harder."

The first episode of "Serial" season two is available on the podcast's website and iTunes. This season has some big shoes to fill. Season one had over 100 million downloads, the most of any podcast ever.