Serena Williams Tried A Bite Of Her Dog's Dinner; It Didn't End Well 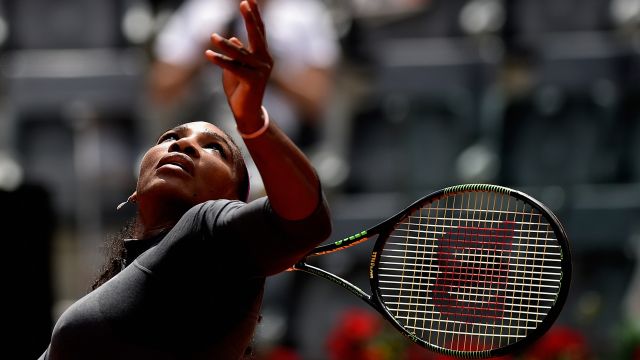 Serena Williams is in Rome for the Italian Open, and between matches Wednesday night, her curiosity got the best of her.

It all started when the reigning Wimbledon champion asked room service for dog food for her Yorkie, Chip.

"It was like, fresh greens, and boiled chicken and beef, and it was seared like tenderly, and it was just perfection," she said.

Williams was apparently enticed by the fancy meal.

After eating a spoonful, Williams regretted it.

"Let's fast forward to two hours. I just ran to the toilet like I thought I was gonna pass out. ... And now I feel really sick," she said.

Williams didn't seem worried the incident would affect her performance during Thursday's match.

"I guess tomorrow when I step on the court, I'm gonna look svelte."

A writer for LiveScience explains why you shouldn't eat pet food:

"Dog food contains many of the same ingredients as human food, like chicken, meat, and vegetables, but it may also contain animal by-products — for example, ground-up animal bones or organs like the intestines."

As for Williams, this is one of those times where the phrase "when in Rome" doesn't apply.

This video includes clips from Snapchat, Food Farmer Earth, Beats by Dre and ESPN and images from Getty Images.