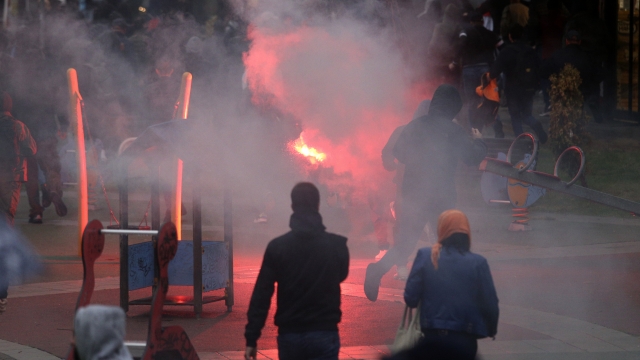 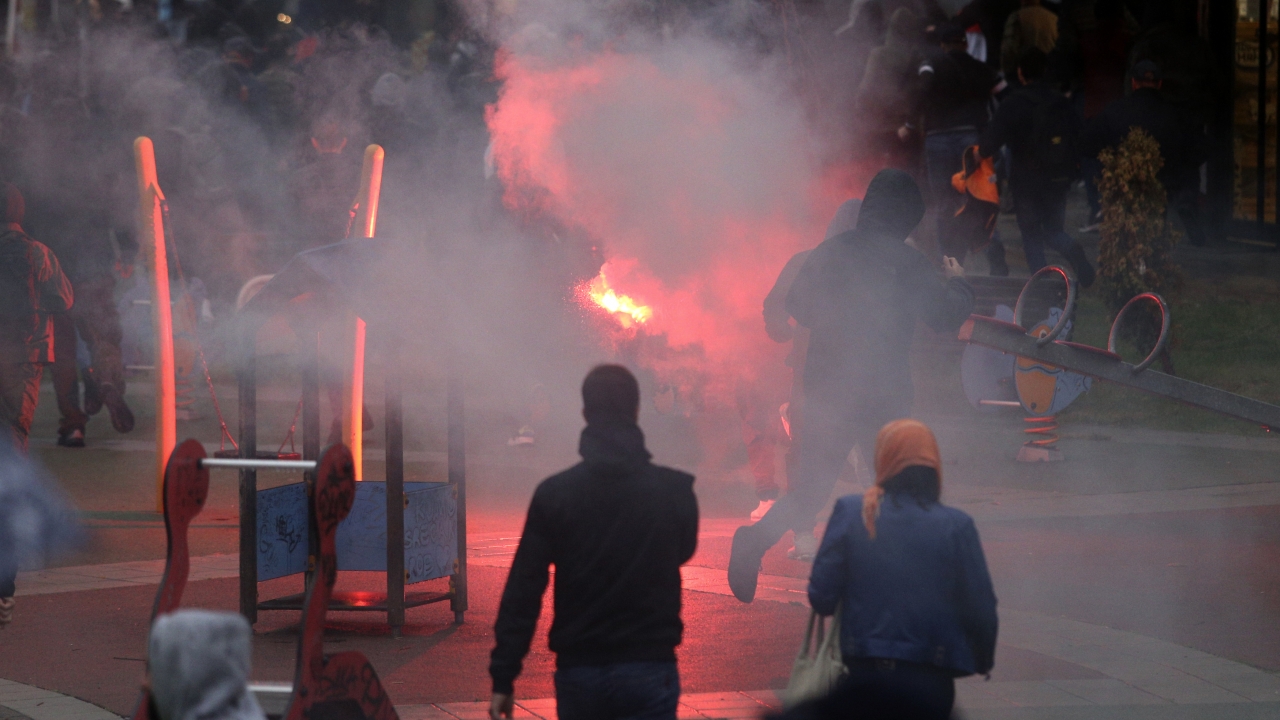 Riot police clashed Saturday with soccer hooligans in downtown Belgrade, where a pan-European Pride march was held despite threats from anti-gay groups and an official earlier ban on the march in the traditionally conservative Balkan state.

Tensions were high in the Serbian capital as ultranationalist fans hurled stun grenades, stones and flares at a police cordon, which repelled the attack with batons and riot shields. Hundreds of Pride march supporters, meanwhile, gathered a few miles away in the pouring rain, dancing and singing their march was held on shortened route.

"We need justice and freedom,” said Goran Miletic, one of the Pride event organizers. 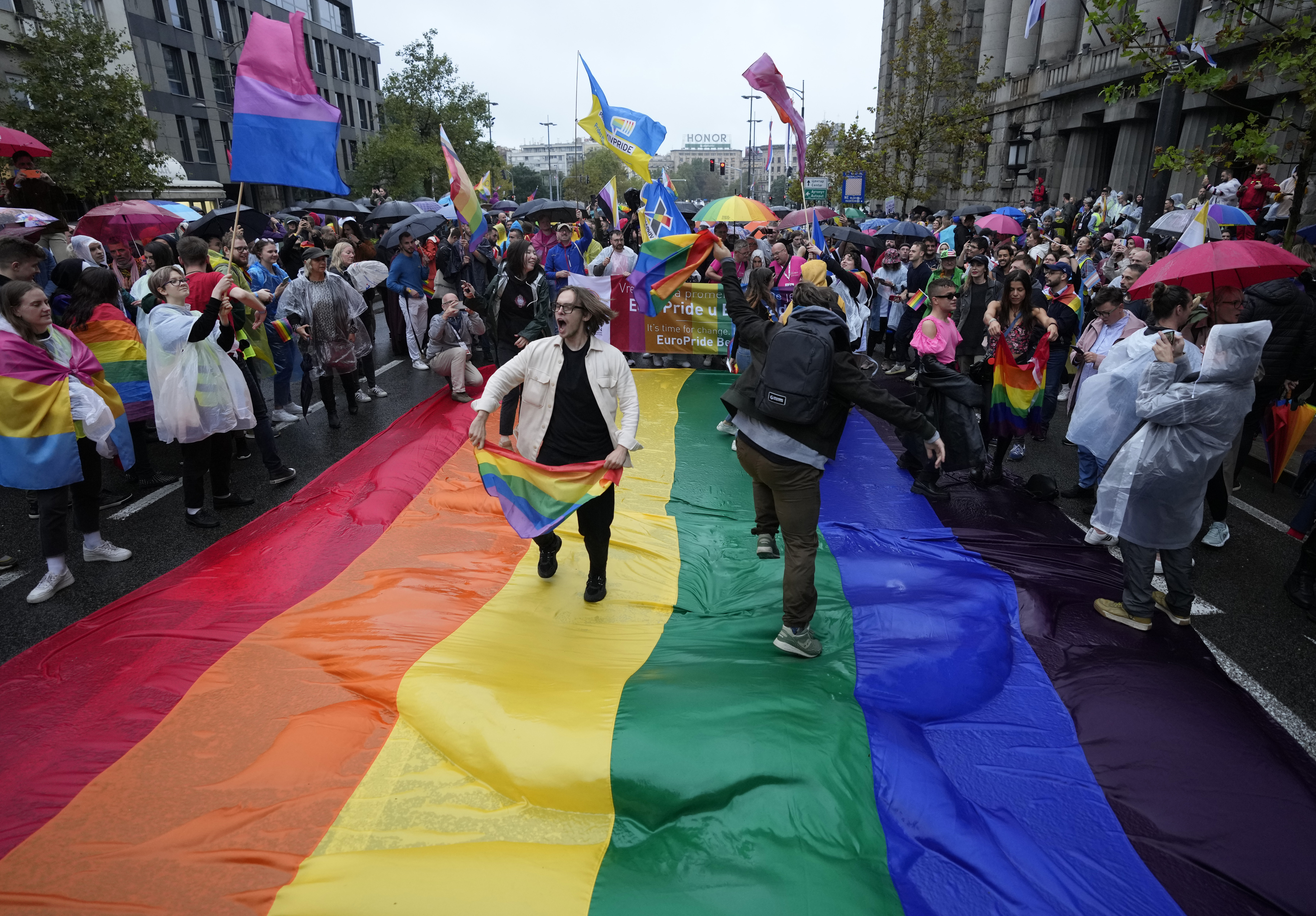 Although several Pride marches have been held in Serbia in the past years, the Slavic nation that is formally seeking European Union membership appears to be sliding toward Russia and its conservative traditions.

Holding rainbow flags, hundreds of LGBTQ activists and their supporters marched through a central Belgrade area that was sealed off by police who put up metal fences and stood in cordons in full riot gear.

As the column passed by a church in central Belgrade, bells constantly tolled, reflecting the Serbian Orthodox Church’s staunch opposition to the Pride events. Participants of the march then headed to a concert.

Earlier, Serbian activists said the main reason for the march is the fight for more rights for the beleaguered LGBTQ community in Serbia, including laws that would regulate the rights of same-sex partnerships, such as inheritance, property and other issues.

Serbian police this week banned the parade, citing the risk of clashes with the far-right activists. But organizers on Saturday said they received guarantees from Serbian Prime Minister Ana Brnabic, who is a lesbian, that the event could go ahead.

Brnabic said she was proud that during "this entire week, with more then 130 (LGBTQ) events, there wasn’t a one single incident. And that really is the right image of Belgrade and Serbia.”

A far-right party leader said Brnabic should have been arrested and charged with treason for allowing the march to be held.

The European Pride Organizers Association chose Serbia’s capital three years ago to host the annual event, hoping it would represent a major breakthrough for a Slavic country that is traditionally conservative and strongly influenced by the Orthodox Church.

EU and other Western officials, as well as rights groups, had urged populist Serbian President Aleksandar Vucic to allow the Pride march but Vucic had claimed that police can’t cope with possible riots by right-wing groups amid the energy crisis brought on by the war in Ukraine.