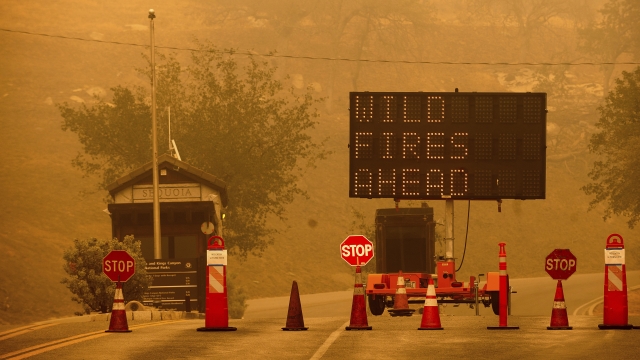 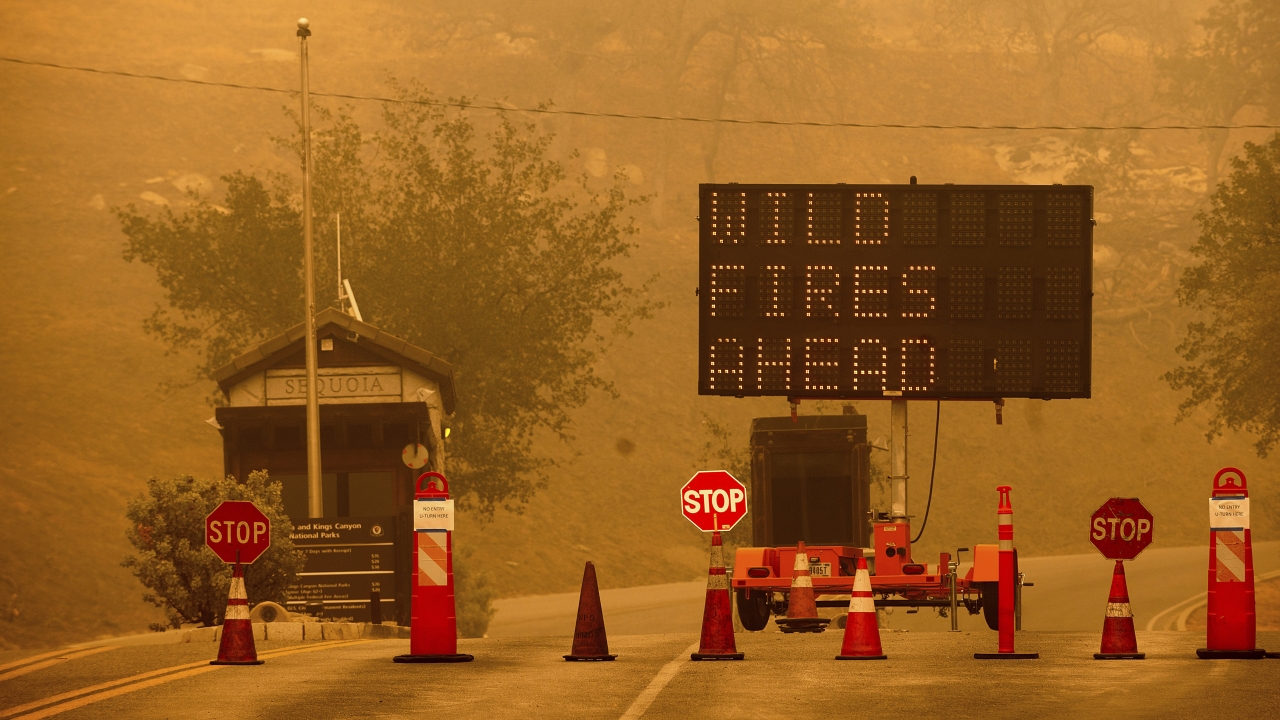 More firefighting resources were being brought in Thursday to battle two forest fires that have shut down California's Sequoia National Park and threaten its ancient trees.

A national interagency management team "equipped to handle the largest and highest-complexity emergency situations" was scheduled to take command of the firefighting effort, according to a statement from Sequoia and Kings Canyon national parks.

The Colony and Paradise fires named for the areas where they started were ignited by lightning strikes last week and on Wednesday covered about 14 square miles in California's rugged Sierra Nevada.

The Colony Fire as of Wednesday was about a mile from Giant Forest, a grove of about 2,000 sequoias, according to Mark Ruggiero, fire information officer for the two national parks.

Ground crew access to the Colony Fire was limited and the extreme steepness of the Paradise Fire terrain prevented any ground access, requiring extensive aerial water and retardant drops on both fires. The two fires were being managed collectively as the KNP Complex.

The fires are among the latest in a long summer of blazes that have scorched more than 3,500 square miles in California, destroying hundreds of homes.

Sequoia National Park has been closed and its headquarters and resident employees have been evacuated, along with a portion of the community of Three Rivers outside the entrance.

The park's historic wooden entrance sign dating to 1935 was covered in fire-resistant wrapping, and hoses were in place at the headquarters area for structure protection.

More than 300 firefighters were on the lines, aided by helicopters and air tanker planes when smoke conditions allowed them to fly.

A 50-year history of using prescribed burns — fires set on purpose to remove other types of trees and vegetation — in the park's sequoia groves was expected to help the giant trees survive by lessening the impact if flames reach them, Ruggiero said.

Giant sequoias, some thousands of years old, grow on the western flank of the Sierra. They are adapted to fire, which can help them to thrive by releasing seeds from their cones and creating clearings that allow young sequoias to grow.

But Ruggiero noted that the extraordinary intensity of fires in current climate conditions can overwhelm sequoias, a scenario that happened when the 2020 Castle Fire killed many trees in the region.

Studies estimate that 7,500 to 10,600 large sequoias were killed by that fire, along with many of other sizes, according to the National Park Service.

The Colony Fire also poses a broader danger because it is burning at an elevation of the central Sierra where there are 280 million pine trees and other types of trees that have been killed by drought and bark beetles, Ruggiero said.

"The Colony Fire specifically is burning in a really bad spot ... where these trees are like jackstraws and it's difficult to put fire personnel into some of these areas because of that," he said.

Elsewhere, two California fires that have caused extensive destruction in the northern Sierra and southern Cascades were not growing.

The state's second-largest fire on record, the Dixie Fire, was 86% contained Wednesday after burning 1,500 square miles in the northern Sierra and southern Cascades region. Near Lake Tahoe, containment of the 342-square-mile Caldor Fire increased to 71%.

North of San Francisco, a 20-year-old man was arrested Tuesday and jailed on suspicion of starting the Hopkins Fire in Mendocino County, the California Department of Forestry and Fire Protection said in a statement.

The fire that sparked Sunday north of the small city of Ukiah charred 257 acres, destroyed 30 homes and forced evacuations.