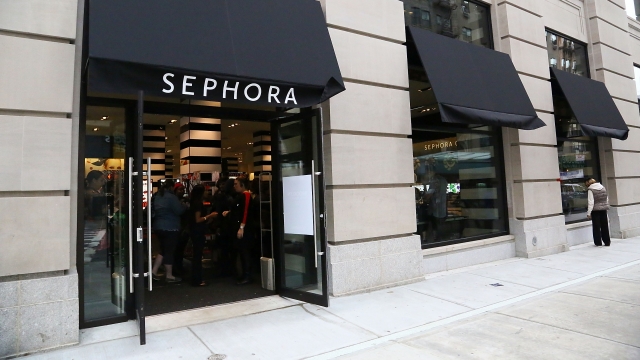 SMS
Sephora Closing Stores For Diversity Training After Singer's Tweet
By Johannah Grenaway
By Johannah Grenaway
June 3, 2019
One tweet led to another, and now Sephora is holding diversity training at all U.S. stores, distribution centers and corporate offices on Wednesday.
SHOW TRANSCRIPT

Sephora will close all of its U.S. stores on Wednesday after a celebrity accused a California store of racial profiling.

The cosmetic chain is hosting an hour of diversity and inclusion training at every store, distribution center and corporate office in the U.S.

In April, R&B singer SZA tweeted she was racially profiled when a Sephora employee she called "Sandy" called security to ensure she was not stealing. SZA tweeted again, saying she just wanted to buy Fenty Beauty makeup "in peace."

Sephora immediately responded on Twitter, telling SZA — who used to work for the retailer —  that she is "a part of the Sephora family." The company also said, "We are committed to ensuring every member of our community feels welcome and included at our stores."

After seeing SZA's story about the incident, Rihanna, the founder of Fenty Beauty, sent SZA a Fenty Beauty gift card and a handwritten note.

In a statement on Monday, Sephora said "While it is true that SZA’s experience occurred prior to the launch of the 'We Belong to Something Beautiful' [diversity] campaign, the campaign was not the result of this Tweet."

Sephora said in a statement it takes these complaints seriously and that racial profiling is not tolerated at its stores.

Last year, another huge company, Starbucks, closed stores across the country for diversity training after what many felt was a racist incident at a Philadelphia location.