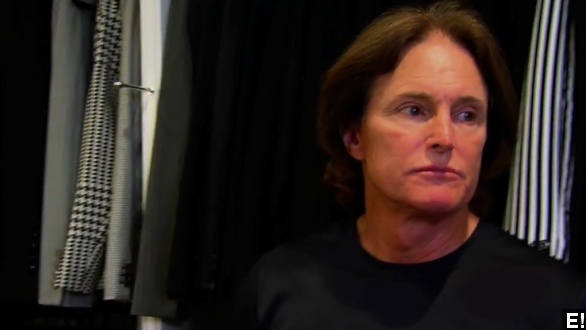 By Erik Shute
April 3, 2014
Bruce Jenner returned from a Thailand trip hand-in-hand with his wife, Kris, from whom he's supposedly separated.
SHOW TRANSCRIPT

Bruce Jenner steps off the plane in LAX​, ​fresh from a Thailand getaway with the Kardashian Klan, only to be spotted holding hands with Kris Jenner — and sparking another peculiar rumor.

TMZ has video of the couple arriving after filming for the next season of their hit reality show. Paparazzi stormed the pair as they strolled out the terminal asking if they are back together. If you listen closely, you’ll hear Bruce say:

We thought we heard you right, Bruce. Despite Kris publicly announcing their split last October and Bruce moving his things to a house in Malibu, the couple showed up adorned with wedding rings as well.

US Magazine called their trip “Transformative Thailand.” But Kris and Bruce’s relationship wasn’t the only transformation making midweek headlines.

Star Magazine is reporting Jenner is allegedly seeking advice from a “sex-change coach.”

That coach is fellow transgendered athlete Dr. Renee Richards. A source told Star Magazine Jenner is taking serious consideration for a “life-altering” procedure and could change his first name to “Bridgette.”

Over the years, we’ve seen the 64-year-old change, but now new evidence has been hinting at his decision. (Via YouTube / PMG Jenner)

Specifically, in February he stepped out with thicker, longer hair and underwent a surgery to minimize the appearance of his Adam’s apple, as reported by Hollywood Life.

Richards reportedly suggested the ​“Keeping Up with the Kardashians” star take antidepressants first before considering any — often-irreversible — operation. The cameras never stop rolling on the TV-famous family, so we’ll likely see more in the coming months.