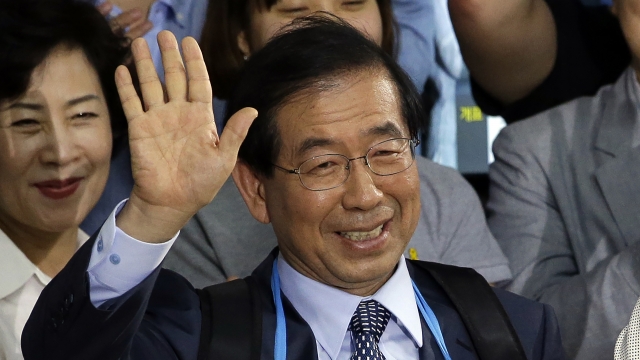 SMS
Seoul's Mayor Found Dead After Reported Missing
By Katherine Biek
By Katherine Biek
July 9, 2020
Park Won-soon's daughter reported her father missing after she said she received a voice message from him that sounded like a will.
SHOW TRANSCRIPT

Police in South Korea told Yonhap News that the mayor of Seoul has been found dead after he was reported missing Thursday.

The Associated Press said Park Won-soon's daughter reported her father missing after she said she received a "will-like" voice message from him.

Authorities focused their search on a wooded area in the northern part of the city where his cell phone signal was last detected.

A local government official said Park had cleared his schedule for the day and did not show up to work.

A local outlet reported a female employee of Park's filed a sexual harassment claim against Park the day before he went missing. The outlet did not cite its source, and police and Park's office did not confirm the report.

Park was first elected mayor of South Korea's capital in 2011. He won his third term in office last year. He was reportedly under consideration as a possible candidate in the country's next presidential election scheduled for 2022.

Additional reporting by Hyung-jin Kim and Kim Tong-Hyung of the Associated Press.