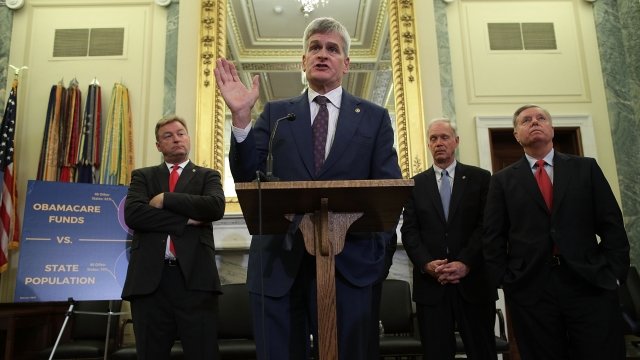 A group of Republican senators unveiled the GOP's last shot at repealing and replacing Obamacare this year.

Sens. Lindsey Graham and Bill Cassidy are leading the charge. Their bill replaces Obamacare's Medicaid expansion with block grants, giving states more flexibility on health care spending but less money to work with. It also replaces the unpopular individual mandate and some of Obamacare's taxes.

Graham told reporters: "If you believe repealing and replacing Obamacare is a good idea, this is your best and only chance to make it happen."

The senators plan to reveal the bill's text Monday, and it'll need to hit the ground running — the bill only has until Sept. 30 before its protections from a Democratic filibuster expire. 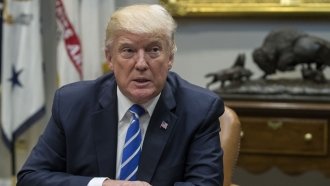 That leaves the bill with just a few weeks to get through both the House and the Senate. And after three failed attempts to repeal and replace Obamacare, Republicans don't seem too keen on jumping back into the fight.

On the other side of the aisle, Sen. Bernie Sanders unveiled his own longshot bill for a single-payer health care system. And Sens. Lamar Alexander and Patty Murray, from the Senate's committee covering health care, are also reportedly working on a bipartisan Obamacare reform bill.