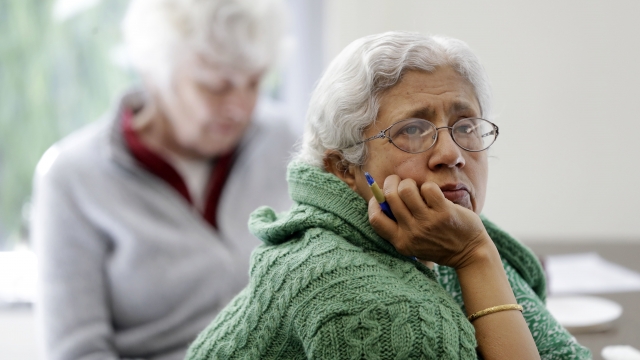 SMS
Scams Cost Senior Citizens More Than $1 Billion Over The Past Year
By Caitlin Baldwin
By Caitlin Baldwin
March 3, 2020
The attorney general says the Justice Department has made prosecuting elder fraud and abuse a priority.
SHOW TRANSCRIPT

Scams cost seniors in the U.S. more than $1 billion over the past year.

Attorney General William Barr announced Tuesday that 400 people have been charged in those scams, which included fraudulent robocalls that mostly originated in India.

Barr says he's made fighting elder fraud a priority because his name and likeness were once used in a scam; it aimed to lure people into handing over money in exchange for fake government grants. He said one elderly couple lost their life savings of $40,000.

He said: "Victims have entered what should be their golden years, having worked hard to save up for their retirement. And frequently, they lose their life savings to these cold-blooded fraudsters. These crimes devastate lives."

Barr also said the Justice Department is investigating around 30 nursing homes across nine states accused of mistreating and neglecting older residents. The DOJ has reportedly "uncovered horrifying examples" including facilities where patients have bed sores or scabies, are undernourished and denied prescribed medications, and live with "filth, mold, insects, and rodents."

Barr also announced the launch of the National Elder Fraud Hotline and said he will continue to prosecute elder fraud and abuse.