U.K. Lawmakers May Appeal To The Queen To Stop A No-Deal Brexit 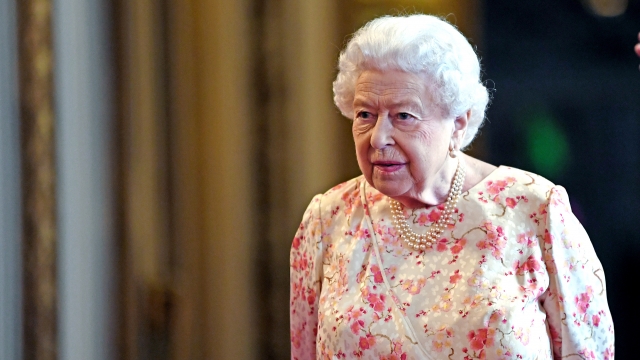 SMS
U.K. Lawmakers May Appeal To The Queen To Stop A No-Deal Brexit
By Ahmed Jawadi
By Ahmed Jawadi
July 19, 2019
The plan would involve asking the queen to be the country's representative at the next EU summit.
SHOW TRANSCRIPT

Some senior members of the U.K.'s Conservative Party are reportedly so worried about a no-deal Brexit that they may try asking the queen herself to intervene.

These senior members told the BBC they're thinking of holding a vote on a rarely used parliamentary procedure known as the "humble address," which lets Parliament directly send a message to Queen Elizabeth. If approved, the plan would be to ask the queen to exercise her right as head of state to travel to the next EU summit and request another Brexit extension.

The lawmakers said they're considering such a drastic move mostly due to concerns that if current front-runner Boris Johnson becomes the country's next prime minister, he could try to take the U.K. out of the EU without a divorce deal in place.

According to the BBC, if the queen did attend an EU summit, it "would be regarded as the most extraordinary political step in her 67-year reign." No British monarch has involved themselves in the country's politics since the early 1700s, and Queen Elizabeth has kept up that convention of remaining neutral throughout her career. And although she could theoretically represent her country at an EU summit, no European monarch has ever formally done so.

Earlier this year, Queen Elizabeth did make a rare statement on Brexit, calling for lawmakers to respect "different points of view" and to avoid losing "sight of the bigger picture."