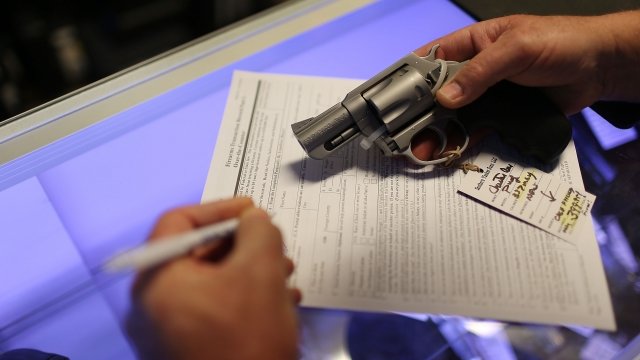 SMS
A Group Of Senators Is Pushing For Better Enforcement Of Gun Laws
By Ryan Biek
By Ryan Biek
November 16, 2017
Senators from both parties want to prevent mass shootings — by making states and agencies more vigilant.
SHOW TRANSCRIPT

Senators from both parties want to prevent mass shootings — not by proposing harder gun control measures, but by boosting enforcement of existing law.

Both are already asked to report crimes that would legally prohibit someone from buying a firearm. But, in many cases, they fail to pass that information on to the National Instant Criminal Background Check System,or NICS.

The Washington Post notes the NICS database is missing millions of records for these kinds of convictions.

That problem became more evident after a mass shooting in Texas earlier this month. The suspect in the shooting was able to buy a gun because the U.S. Air Force didn't report his past general court-martial for domestic violence. 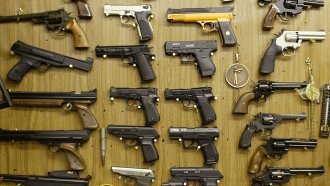 The proposed act offers either carrot or stick, depending on the target. Congress has power over federal agencies, so the new act would punish them if they fail to upload criminal records. But the federal government can't enforce states on this, so the act would offer them financial incentives.

A number of high-profile senators are behind the proposal. But two are said to be leading this bipartisan group: Republican Sen. John Cornyn from Texas and Democratic Sen. Chris Murphy from Connecticut.

Murphy joined the Senate shortly after the Sandy Hook Elementary School shooting and has been a vocal supporter of gun control measures. Cornyn, on the other hand, has been a consistent supporter of the NRA.