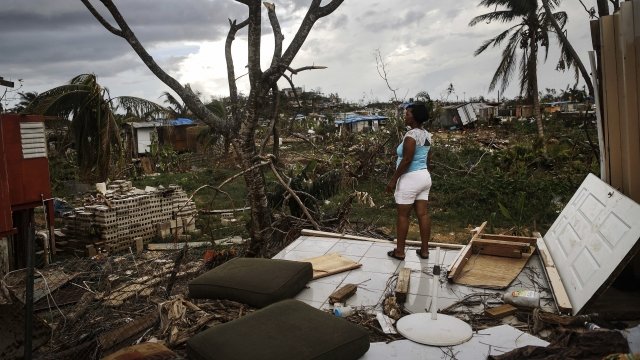 SMS
Senators Sponsor Bill To Cut Down Puerto Rico's Debt
By Jake Jones
By Jake Jones
July 25, 2018
The bill would terminate up to $15 billion in debt.
SHOW TRANSCRIPT

A number of Democratic senators along with independent Bernie Sanders sponsored a bill to cut down Puerto Rico's debt, which has left the island struggling to rebuild after Hurricanes Irma and Maria.

Sens. Elizabeth Warren, Bernie Sanders, Kirsten Gillibrand, Edward Markey and Kamala Harris sponsored the bill. The goal is to give U.S. territories "the option to terminate their debt obligations" if they meet two of three criteria: they've seen a population decrease of 5 percent or more over 10 years, they've received major federal disaster assistance, and their per capita debt exceeds $15,000.

Both Puerto Rico and the Virgin Islands would qualify under the bill's stipulations.

Congress has tried to help Puerto Rico with its debt before. The Obama administration established a fiscal oversight board to manage the island's finances. But Warren said that bill wasn't designed to account for the physical and economic devastation brought by the storms.

The new bill would appoint a special master to allocate federal funds to "compensate eligible unsecured creditors" to the tune of $7.5 billion for creditors on the island and another $7.5 billion for mainland creditors, with some exceptions.