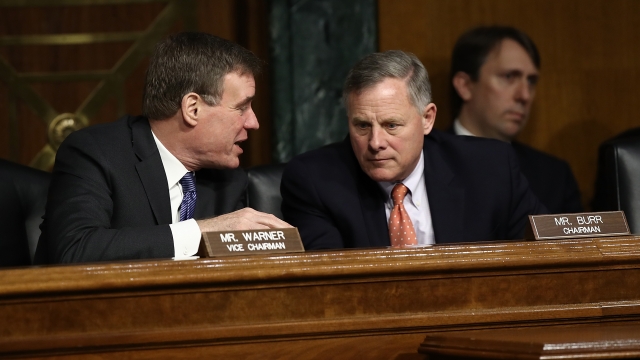 By Katherine Biek
February 13, 2019
The top two lawmakers on the Senate Intelligence Committee appear to be at odds.
SHOW TRANSCRIPT

The top two lawmakers on the Senate Intelligence Committee appear to be split on whether the panel's investigation into Russian interference in the 2016 election has uncovered any evidence of collusion.

"I'm not sure how to put it any clearer than I said it before. We have no factual evidence of collusion between the Trump campaign and Russia," Burr said.

But the top Democrat on the committee, Sen. Mark Warner, rejected Burr's claim, telling reporters Tuesday that the investigation is still ongoing and a number of key witnesses still need to be interviewed.

Burr confirmed that the panel's probe isn't complete. One witness it still wants to talk to is the president's former personal attorney, Michael Cohen. He was scheduled to testify before the committee on Tuesday, but his appearance was postponed for a medical reason.