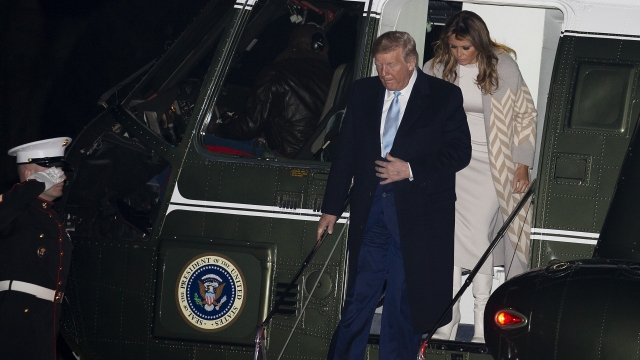 President Trump's abrupt decision to kill one of Iran's top generals has Congress pushing back as lawmakers return from holiday recess.

On Monday, two Democratic senators called on the Trump administration to declassify the reasoning for the attack.

In a letter to President Trump, Sens. Chuck Schumer and Robert Menendez said the classified notice was both insufficient and inappropriate.

The letter said, "It is critical that national security matters of such import be shared with the American people in a timely manner. An entirely classified notification is simply not appropriate in a democratic society, and there appears to be no legitimate justification for classifying this notification."

The president did meet the 48-hour deadline in the War Powers Act by notifying Congress of the deadly airstrike that killed Qasem Soleimani, but the notification was classified, according to senators.

Iran has vowed to retaliate following the strike. Secretary of State Mike Pompeo said that if Iran retaliates, more Iranian leaders will be targeted.

President Trump responded in a series of tweets suggesting strikes on "52 Iranian sites," including some that are very important to "Iranian culture."

This sparked concerns from some administration officials who want clarification on the matter to ensure the U.S. military would not commit any war crimes. The Trump administration is expected to brief Congress on the attack that killed Soleimani sometime this week.