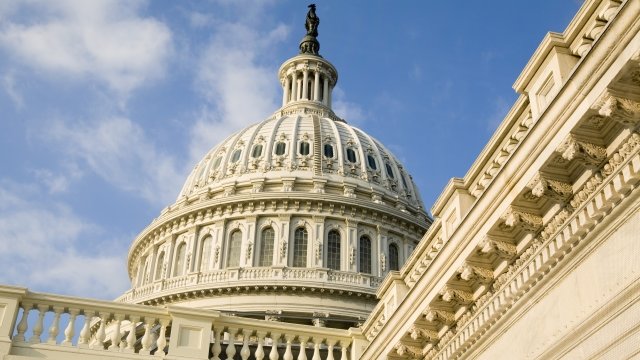 SMS
Senators Reportedly Close To Finalizing Sexual Harassment Legislation
By Katherine Biek
By Katherine Biek
May 16, 2018
CNN reports negotiators hope to get a finalized bill out in the Senate before lawmakers leave for Memorial Day weekend.
SHOW TRANSCRIPT

Sexual harassment legislation has been stalled for months in the Senate, but negotiators reportedly hope to get a bill out in the Senate before lawmakers leave Washington, D.C., for the Memorial Day weekend.

Those negotiators — Sens. Roy Blunt and Amy Klobuchar — told CNN Tuesday they believe they're close to finalizing a deal.

The House unanimously approved legislation in February that would streamline the process a House employee goes through to report a workplace claim. It'd also prohibit lawmakers from using taxpayer funds to pay out sexual harassment settlements.

But over in the Senate, language regarding that liability part of the bill has reportedly been causing some setbacks.

Lawmakers have grown impatient. Every female senator signed a letter back in March, calling out "inaction" by congressional leaders.

And Sen. Kirsten Gillibrand's been reminding followers every day on Twitter how many days have gone by since the House passed its bill. As of Tuesday, it'd been 98 days.