These Senators Want More Congressional Oversight Of US Military Action 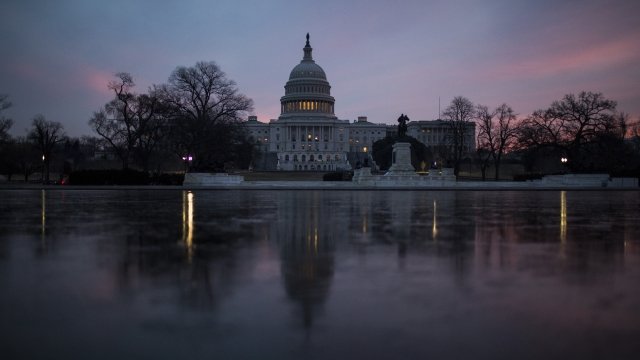 A group of senators want Congress to have more say in the military shots the president calls.

A group of both Republican and Democratic senators announced a bill Monday night that would give the president a wide scope to fight select terror groups and give Congress more oversight of military actions.

Specifically, the bill would give the legislative branch a chance to do a regular checkup on White House military orders and would require more communication from the president about who or what they're striking.

The legislation would replace the authorizations for use of military force, which were implemented in 2001 and 2002 — post-9/11. They gave then-President George W. Bush pretty broad authority to fight terror groups.

Military and diplomatic leaders have planned for a long-term U.S. presence in Syria to prevent a return of ISIS as well as to stabilize the region.

The new bill comes at an interesting time. A U.S.-led strike on Syria over the weekend riled up both Syria and its ally, Russia.

The Senate Foreign Relations Committee could reportedly consider the bill as early as next week, but it might be tough to get through Congress. A lot of members of the GOP won't look fondly on a bill that limits the commander-in-chief's power when it comes to running a war.