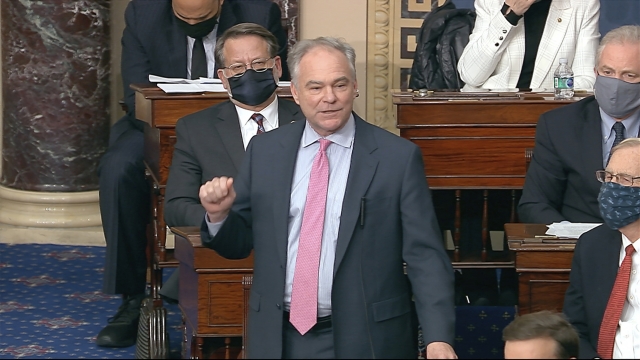 The Senate Impeachment trial for former President Trump is set to begin in less than two weeks...

But a bipartisan Senate duo is considering taking action sooner.

Democratic Sen. Tim Kaine and Republican Sen. Susan Collins are working on a proposal to censure Trump. That would give lawmakers a way to condemn his actions without voting to convict him in an impeachment trial.

Earlier this week, 45 Republican senators voted that holding a trial is unconstitutional now that Trump is out of office.