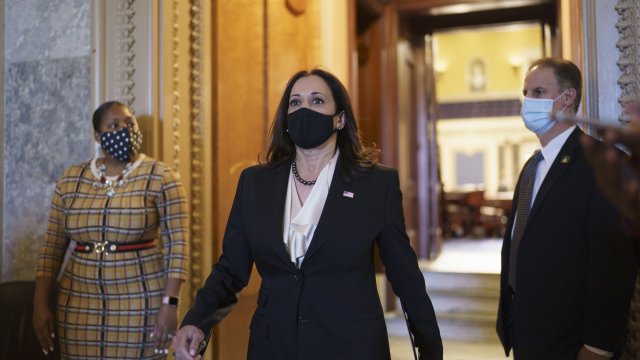 President Trump and several of his allies have publicly refused to acknowledge Biden as the newly-elected President.

But check out the bottom left side of your screen. You can see Senator Lindsey Graham give a first bump to Vice President-elect Kamala Harris before a vote on the Senate floor.

Several other senators, including James Lankford and Tim Scott, congratulated her as well.