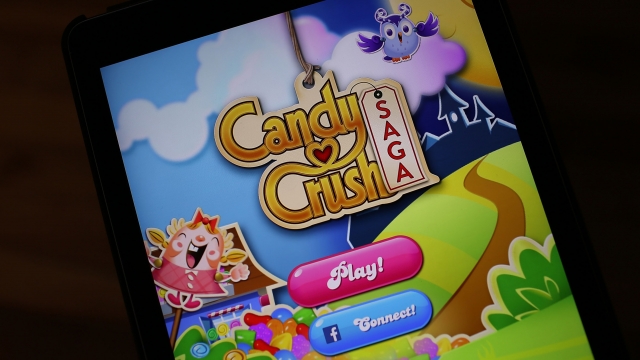 "Pay-to-win" games are ones that let players pay to progress or pay for in-game upgrades. Loot boxes offer players rewards for spending money. In a press release, Hawley named the popular puzzle game "Candy Crush" as an example. In that game, players have to match candies to progress to the next level. It's free to download.

"These are games that usually are free, or purport to be free, but then in the midst of the game, the companies say, 'Well, listen, if you'll give us some money now, we'll give you some advantages in the game,'" Hawley said. "And the point is to get the kids to keep playing, and also to be spending their parents' money."

Hawley pointed to the fact that "Candy Crush" players have the option to buy an almost-$150 bundle that includes 1,000 units of its "gold bar" in-game currency, temporary boosters to make the game easier and unlimited lives for 24 hours. He said, "game developers shouldn't be allowed to monetize addiction."

"So the companies get two things out of it: They get more money, and they get the kids addicted to the game. This needs to stop. They need to be upfront about what their games are actually doing, and they need to stop practices that intentionally exploit children."

Microtransactions are a type of in-game purchase where players can purchase cosmetic upgrades and exclusive content, as well as boosters that help them win. To be clear, though, "Candy Crush" is far from the only game that includes so-called "microtransactions"– other games like "Fortnite," "Overwatch" and dozens of others also let players buy in-game items.

The bans the bill proposes would be enforced by the Federal Trade Commission. Last year, the FTC said it was investigating loot boxes after a senator voiced concerns about them.

Newsy reached out to "Candy Crush" and its publisher, King, for comment, but has not heard back. Last year, though, well before Hawley unveiled this bill, one trade group representing several video game companies told Polygon, "Loot boxes are one way that players can enhance the experience that video games offer. ... They can enhance the experience for those who choose to use them, but have no impact on those who do not."