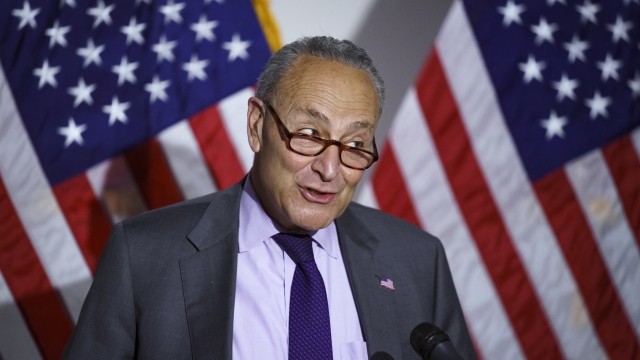 SMS
Sen. Schumer Bypasses Committees, Fast-Tracks Jan. 6 Commission Bill
By Lauren Stephenson
By Lauren Stephenson
May 21, 2021
He plans to bring a bill directly to the Senate floor for a vote which would establish a commission to investigate the January 6 Capitol insurrection.
SHOW TRANSCRIPT

He's using a process that would bypass committee consideration and bring the bill directly to the floor for a vote.

It's unclear when the Senate will vote on the bill. When it does, there's a good chance the bill will fail.

Senate Minority Leader Mitch McConnell opposes it, arguing there are already investigations into the insurrection and this commission would be political.