Senator: Chief Had No Radio During Uvalde School Shooting 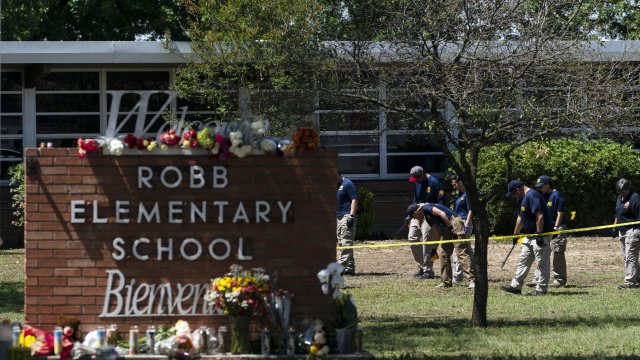 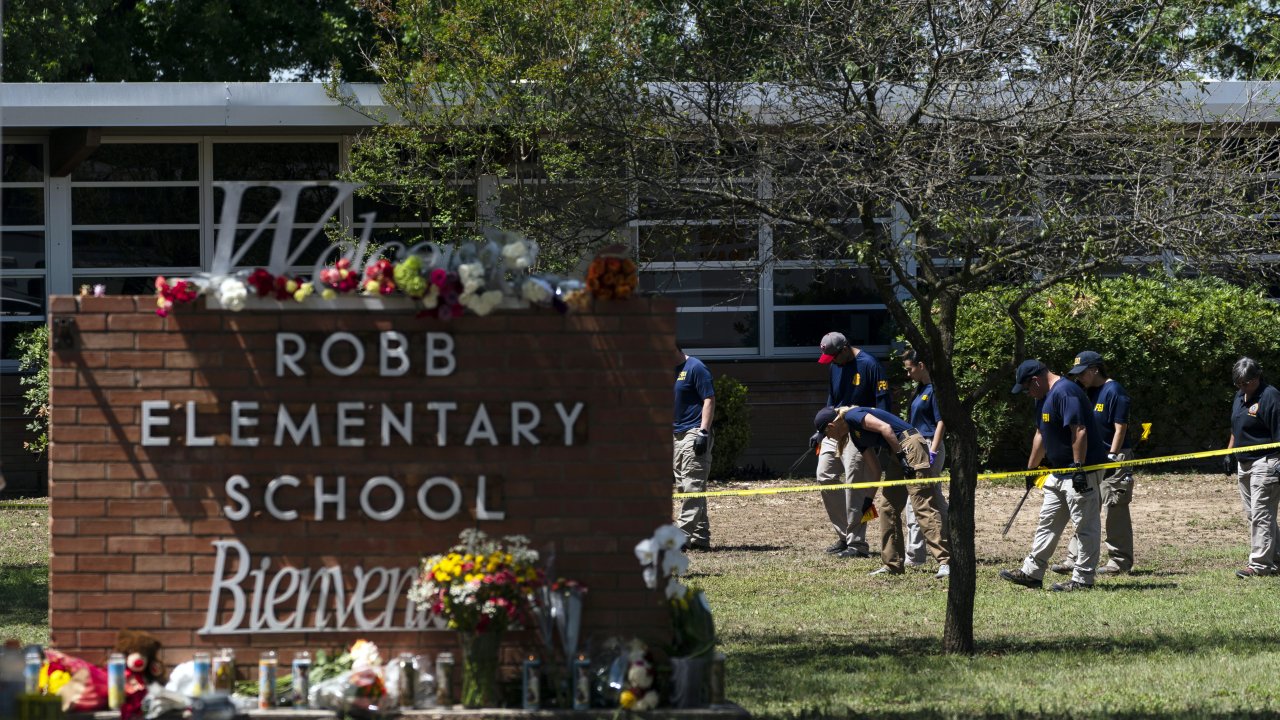 The state agency investigating the mass shooting at an elementary school in Uvalde has determined that the commander facing criticism for the slow police response was not carrying a radio as the massacre unfolded, a Texas state senator said Friday.

Sen. Roland Gutierrez told The Associated Press in a brief telephone interview that a Texas Department of Public Safety official told him school district police Chief Pete Arredondo was without a radio during the May 24 attack by a lone gunman at Robb Elementary School that left 19 students and two teachers dead. Seventeen more people were injured.

Authorities have not said how Arredondo was communicating with other law enforcement officials at the scene, including the more than a dozen officers who were at one point waiting outside the classroom where the gunman was holed up. Arredondo heads the district's small department and was in charge of the multi-agency response to the shooting.

He has not responded to multiple interview requests from AP since the attack, including a telephone message left with the school district police Friday.

Focus has turned to the chief in recent days after Steven McCraw, the head of the Texas Department of Public Safety, said Arredondo believed the active shooting had turned into a hostage situation, and that he made the "wrong decision" to not order officers to breach the classroom more quickly to confront the gunman.

Gutierrez, who represents Uvalde, complained Thursday that Arredondo was not informed of panicked 911 calls coming from students trapped inside a classroom where the gunman had holed up. The Democrat called it a "system failure."

Police radios are a crucial source of real-time communication during an emergency and, according to experts, often how information from 911 calls is relayed to officers on the ground. It's unclear who at the scene was aware of the calls. Uvalde police did not respond to questions about the calls Thursday.

The news emerged amid tensions between state and local authorities over how police handled the shooting and communicated what happened to the public.

The 18-year-old suspect in Uvalde spent roughly 80 minutes inside the school, and more than an hour passed from when the first officers followed him into the building and when he was killed by law enforcement, according to an official timeline.

The suspect slipped through an unlocked door into adjoining fourth-grade classrooms at Robb Elementary at 11:33, authorities said. He rapidly fired off more than 100 rounds.

Officers entered minutes later, exchanging fire with the suspect, and by 12:03 there were as many as 19 officers in the hallway outside the classroom, McCraw said. Authorities have not said where Arredondo was during this period.

Since the shooting, law enforcement and state officials have struggled to present an accurate timeline and details of the event and how police responded, sometimes providing conflicting information or withdrawing statements hours later. State police have said some accounts were preliminary and may change as more witnesses are interviewed.

Gutierrez said Friday that a Texas Department of Public Safety official told him that the Uvalde-area district attorney, Christina Mitchell Busbee, had directed the agency to not release more information about the shooting investigation to the senator or the public.

The Department of Public Safety on Friday referred all questions about the shooting investigation to Busbee, who did not immediately return telephone and text messages seeking comment.

Gutierrez said Thursday that many people should shoulder some blame in the Uvalde shooting, including the Texas governor.

"There was error at every level, including the legislative level. Greg Abbott has plenty of blame in all of this," he said.