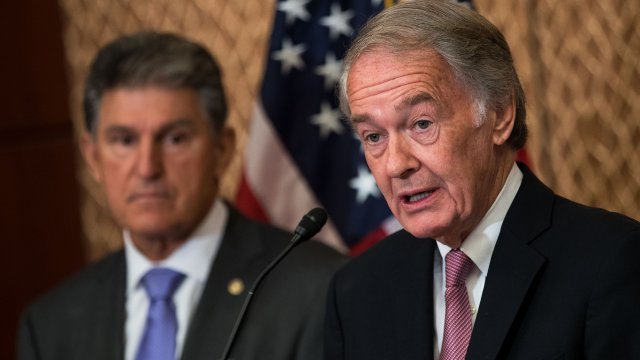 "The Senate just voted to restore #NetNeutrality! ... Now the fight continues. On to the House!"

Those are the words of Sen. Ed Markey on Wednesday, posted just minutes after the Senate voted 52-47 to uphold net neutrality regulations.

Senate Democrats cleared a last-minute hurdle when three Republican senators agreed to vote yes on the measure earlier that day — two more than had previously signed on.

Now the GOP-led House will vote on whether it wants to keep net neutrality, but getting a simple majority there isn't going to be easy.

But securing a "yes" from the House isn't the senators' only goal. Midterm elections are coming up, and by keeping the topic fresh in voters' minds, they're hoping to force members of Congress to take a position.

The FCC voted to repeal net neutrality rules back in December. If Congress doesn't undo that decision, regulations will end June 11, and internet service providers will be allowed to slow down or speed up certain websites.