Senators Vote To Give Themselves A Say In National Security Tariffs 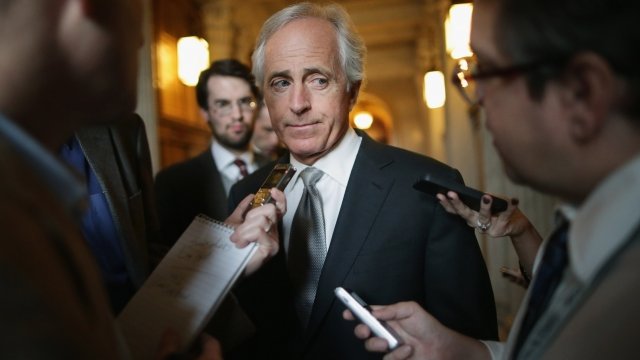 The measure was prompted by President Donald Trump's tariffs on steel and aluminum that overwhelmingly affected U.S. allies.

A bipartisan group of 88 senators voted for a non-binding resolution to claw back some congressional powers in a trade dispute. The resolution instructs the committee working on differences between spending bills passed by the House and Senate to add a rule giving Congress a say on whether tariffs can be imposed in the name of national security.

The measure was prompted by Trump's tariffs on steel and aluminum that overwhelmingly affected U.S. allies. Those allies issued retaliatory tariffs and questioned why they would be considered a national security threat to the U.S.

Sen. Bob Corker, who co-authored the bill, called it a "baby step" meant to build momentum, since the committee doesn't have to follow the measure's instructions.