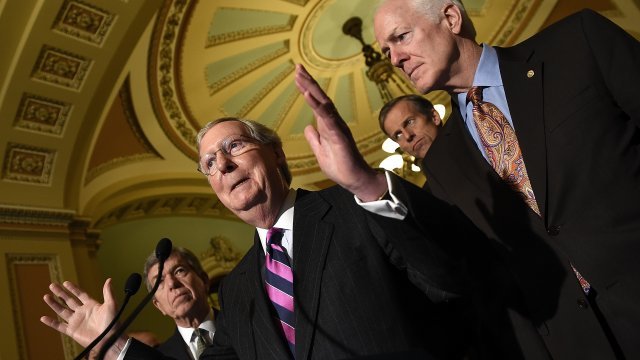 The Senate has taken a major step toward decreasing regulations for the banking industry.

Senators voted 67-32 to debate relaxing rules implemented in 2010 by former President Barack Obama, commonly known as Dodd-Frank. The rules were created to help prevent another financial crisis like the one in 2008.

The proposed Economic Growth, Regulatory Relief, and Consumer Protection Act would, in part, ease regulations on banks that have less than $250 billion in assets, like Fifth Third and Suntrust Bank. That's $200 billion more than the current standard.

Senate Majority Leader Mitch McConnell said the bill would "bring relief to the small financial institutions." And, perhaps surprisingly, 17 Democratic senators voted to bring it to the floor.