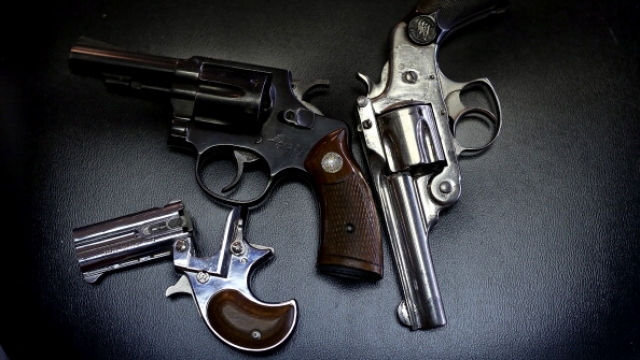 SMS
Senate Votes To Block Obama's Gun Control Rule
By Ryan Biek
By Ryan Biek
February 15, 2017
The Senate passed what's known as a "resolution of disapproval" by a vote of 57-43.
SHOW TRANSCRIPT

An Obama-era rule on gun background checks is one step away from being overturned.

On Wednesday, the Senate voted 57-43 to block the regulation from going into effect. The government was supposed to start enforcing the rule this December.

At the end of his term, President Obama mandated the Social Security Administration hand the FBI info on any person with a "documented mental health issue" who can't manage their disability benefits without a representative.

That affects around 75,000 people. Supporters argued the rule kept some with serious mental health issues from buying guns.

But opponents argued the rule was too broad and overestimated the risk to the public.

To be clear, studies have found having a mental illness doesn't increase a person's chances of using a gun violently, and only slightly increases the risk of a gun-related suicide.

President Donald Trump still has to sign off before Obama's rule can be officially repealed.