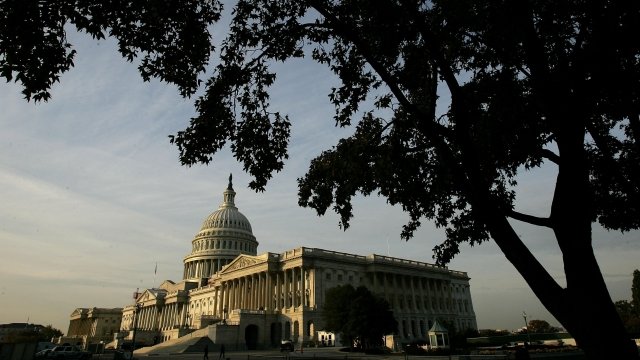 On Wednesday, the Senate voted down a motion to move the White House's budget cutback bill onto the full chamber's calendar.

The bill would cut $15 billion from more than a dozen agencies over the next 10 years by taking aim at unspent, previously allocated funds. About half of that money would come from parts of the Children's Health Insurance Program — something opponents of the bill have frequently pointed to.

The Senate voted on a procedural motion Wednesday that would pull the bill out of committee and put it on the Senate's calendar. But it failed with a 48-50 vote. Republican Sens. Susan Collins and Richard Burr joined the Democratic caucus in voting against the measure, and two senators didn't vote.

The Senate might not get another chance to vote on the bill because of the way the White House is trying to pass it. The process puts a 45-day deadline on congressional approval.

The House passed the legislation earlier this month. But the Senate's deadline to do the same is Friday.